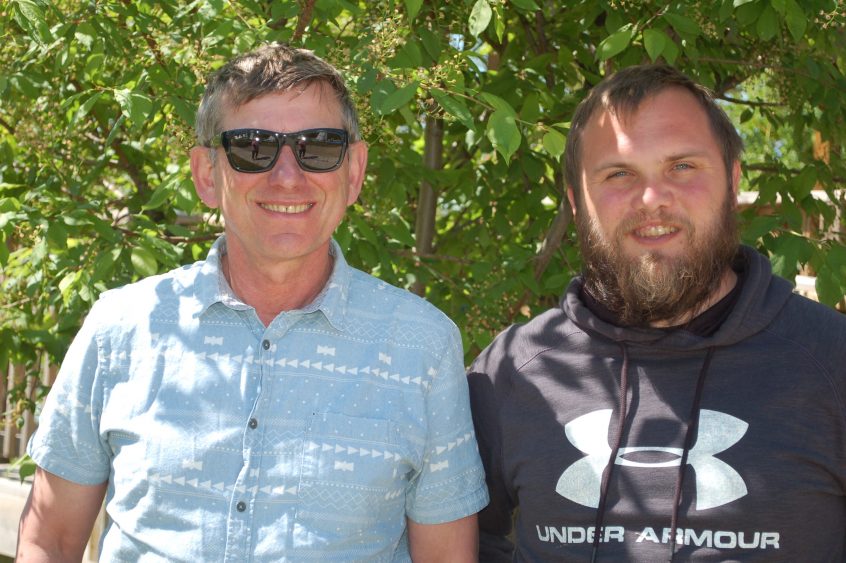 A perfect beginning of the sailing season to get our sailing bodies and minds into action.  The  three day ASA  workshop at WSC was  a great event, particularly with the warm sunny weather, reasonable winds, few mishaps  into the icy water and great coaching.

We had 24 attendees including sailors such as Lee Nagy of Calgary and Barry Tee from Red Deer.  Thank you for attending and we hope you enjoyed our WSC hospitality. Our two new additions to the WSC Laser sailors,  Eric Lobay and Rob Woods, former Alberta Sailing Team members,  were at the front of the racing pack.

The ASA coach, Lauri Kalkkinen, from  Switzerland, kept the Laser sailors sailing non-stop with rolling starts, races, rolling tacks and continual corrections.  With short start-lines and short courses, he forced us to continually deal with boats all around us.  Lauri is enthusiastic about Lasers and clearly explains our individual sailing errors and why these errors are costly.  His land demonstration of the sail’s behavior with various sail trims was very clear and helpful.

Krzysztof Machnowski continued his great coaching of our Alberta Sailing Team.  His continual enthusiasm for encouraging people to sail and train is invaluable for Alberta sailing. The Alberta Sailing Team is training  for the Canada games  with their 29ers and Lasers.

Bruce Barss, with his trusty catamaran, trained with Krzysztof as well.   Edwin, one of our Alberta team members crewed with Bruce on the Sunday. Wendy Frazier, our promising disabled sailor for the Canada games, worked with Krzysztof in his boat, since WSC could not launch her heavy 2.4 boat.

We would like to thank ASA and everyone involved for all your efforts to make this workshop such a success.

No Favorites Has Been Added!