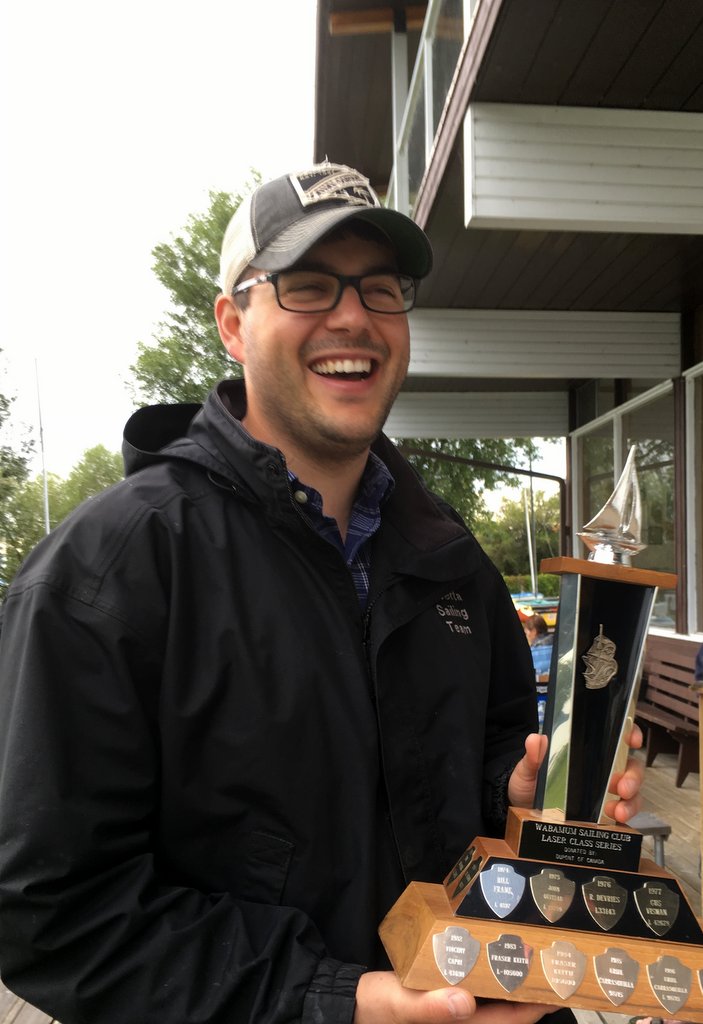 It was a Goldilocks day at Wabamun this past weekend.  The regatta was scheduled to start at 10 am but was postponed til noon because of “not enough” wind.  The first race was started and the wind continued to build to 18- 22 kts. This was “too much” wind for several competitors. This breeze moved on with the clouds and rain that came with it and the second race was run in 10 kts that quickly decreased to 5 kts. This was “just right” for many of our sailors. A third race was started in 3 kts but was abandoned when the winds fell to zero again.  “Not enough.”  So the fleet went to shore and the results were calculated.

Mark Bugiak proved to be able to win a race in both 20 kts and 5 kts so he came out on top with two bullets. The dust had to be blown off the Laser trophy as this was the first time it was awarded in over 20 years.

No Favorites Has Been Added!